Learn all about SFP+ Direct Attach Copper, the cheapest way of setting up a 10 Gigabit Ethernet connection between your desktop and Unraid server.

Disclosure: This post contains affiliate links. If you click through and make a purchase, I’ll earn a commission, at no additional cost to you. Read my full disclosure here.
Advertisements

With media files getting bigger, hard drive capacities growing, and cache drives (i.e., SSDs) becoming more affordable, Unraid’s need for fast networking speed is becoming increasingly prevalent. While you could buy a motherboard with 2.5GBASE-T or even 5GBASE-T network interface controller (NIC) onboard, there aren’t too many consumer models that support 10 Gigabit Ethernet available.

Upgrading your Unraid server with a 10GBASE-T PCIe expansion card is a possibility, but will end up costing more than just the card, as you might need a new switch and expensive cables to achieve stable 10GbE speeds. All in all, such an upgrade could end up costing you hundreds. Direct Attach Copper might not be as well known as Ethernet and fibre optics using SFP+, but it might just be the answer to your prayers.

Before taking an in-depth look at Direct Attach Copper and its 10GbE capabilities for Unraid, it is vital to learn the networking lingo. As with just about every subject, there are a few terms we use wrongly in everyday life.

What you likely call an Ethernet cable, isn’t actually an Ethernet cable, but a twisted pair cable. With this list, I want to avoid shaming anyone, I admit to making the same mistakes. But to be able to understand the rest of the article, the definitions of certain words need to be understood.

Why not use twisted pair cable with an RJ45 connector for 10GbE on Unraid?

Generally speaking, there are two different routes you can go down when upgrading you Unraid server to 10GbE: You either buy a 10GbE card with an RJ45 connector for a twisted pair cable (10GBASE-T), or one with an SFP+ interface.

Your first thought might well be to stick with this type of cabling because that is what you have been using so far. In that case, you would be buying a card that supports. However, there are some major drawbacks to using RJ45:

Another major downside of 10GBASE-T is its latency. Direct Attach Copper offers 15 to 25 times lower transceiver latency. This might not have much of an influence on your home server running Unraid, but it will do in large server clusters. Why do I mention this? Because you can often buy old hardware from company servers for cheap on the second-hand market, including networking cards and switches.

Despite everything mentioned, there are obviously situations in which twisted pair cable still comes out on top. If your home has in-wall wiring, the choice has basically been mode for you. If your cable runs are more than seven meters long, you will need to opt for twisted pair or fiber optic cable (more on that in just a bit).

What about fiber optic cables?

The main advantage fiber optic cables have over copper cables is speed over distance. Multi-mode fiber can carry a 10 Gbps up to 300 m and single-mode fiber up to 10 km. For comparison, a CAT7 twisted pair cable (the expensive stuff) supports 10Gbps speeds up to 100 meters.

When connecting devices, for example two switches, on different floors of your home with 10 GbE, it might make sense to use fiber optic cables. Besides the aforementioned speed over distance, fiber optic cables will not experience interference from any other cables or devices, and connections do not require as much power as twisted pair. Just like Direct Attach Copper, fiber optic cables connect to an SFP interface, but the do require a module. When calculating the price, you always need to consider that a fiber optic cable requires two such modules. One for either end.

Besides cost, which I will be detailing later, the downside of using fiber optic cables is that they are extremely finicky. If you were to touch the end of such a cable with a slightly greasy finger, it could spell disaster. Even specs of dust can influence the connection’s stability. This Linus Tech Tips video shows, just how convoluted the process of cabling with fiber optics is. We’re not even going to go in to the subject of splicing fiber optics cables and all the expensive equipment needed for that.

Fragility is another thing to take in to consideration. If you were to bend a fiber optic cable too much, you might destroy it. Fiber optic cables are fantastic for networking, I just wouldn’t trust myself with doing everything correctly when setting it up.

What is Direct Attach Copper?

It’s not just the NIC that come in cheaper, but also, if you need one, the switch. Generally speaking, a 10GBASE-T switch will require more powerful components, bigger heat sinks, beefier power supplies, and sometimes even fans. Those costs all add up and as a consequence, 10GBASE-T switches, if bought new, can be considerably more expensive than SFP+ switches. If you are in the market for a 10GbE switch with SFP+ interfaces, reviewers and the community regard MikroTik as a provider of solid but cheap hardware.

There are few things where everyone comes to a unanimous decision. However, such a rare scenario is to be found when it comes to recommending a 10 GbE PCIe network interface controller (NIC) for Unraid. Everyone agrees that the Mellanox ConnectX-2 is the way to go. This isn’t the newest card, but it is still capable of everything you might want in a home server. If you can find the newer Mellanox ConnectX-3 for less, it will certainly not be a bad purchase, but the ConnectX-2 will offer everything you need.

A kit consisting of two Mellanox ConnectX-2 cards and a matching Direct Attach Copper cable will cost you no more than US$100 on the second-hand market. If you are patient, you might find such a kit for up to half the price. Your eyes are definitely not deceiving you, upgrading to 10GbE with Direct Attach Copper will cost you less than one of the cheapest 10GbE RJ45 NIC.

None other than Spaceinvader One, the Youtuber and Unraid guru, covered this topic. In his video, you can learn how to set up an SFP+ network card and configure it in Unraid.

We are entering an age, where a single drive could store all the data you ever produce without compromise. But that is also where the risks lie.

Considering the Raspberry Pi 4, has a decent CPU, 8 GB of RAM, and gigabit Ethernet, it does beg the question: Can Unraid run on a Raspberry Pi? 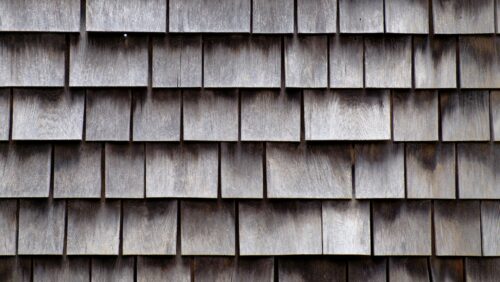